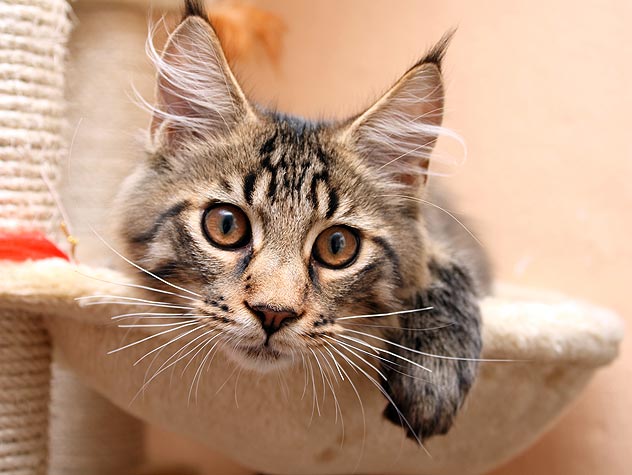 I was doing an inspection on a large house out in the country. It was a nice house and the inspection was moving along at a good pace.  I had worked my way around the exterior of the house, through the garage and over the roof, so I headed indoors.

The house was occupied, so in the spirit of helping me the owners had put their cat in the first-floor office with the doors closed and a note that said “cat in study”. Well, cats are not like large dogs ready to chew on you, so in I went. The office was a standard wood paneled office, but with the addition of lower and upper cabinets with a counter running around three sides. I needed to test the plugs that were at intervals along the counter. The cat was a large grey cat, sitting on the counter, growling! Being the intelligent person that I am I decided not to pet the cat and started at the outlets at the other end of the three counter system, away from the cat. The cat sprinted around the counter! I tested the plug and pulled back just as the cat attempted to scratch me, now really growling. For the rest of the plug inspection I ran back and forth to any plug that was far away from the cat and tested it, all the while the cat was running back and forth trying to kill me!

I finally finished the plugs, quickly noted the other stuff in the room and retreated before the cat could launch itself off the counter and finish me off.